Japanese-Australian artist duo Ken + Julia Yonetani are known for their complex, large-scale installations utilizing various materials including salt, rice, uranium, and ceramics to illustrate the ramifications of environmental catastrophes and other issues. They often work on-site and with scientists studying these events as a part of their research. Ken + Julia have exhibited as part of the Australian representation for the Venice Biennale of Art (2009), and at the Singapore Biennale (2013), Kenpoku Art Festival (Japan, 2016), Honolulu Biennale (2017) and Asia Society Triennial (2020). They have had solo exhibitions at the Abbaye de Maubuisson Centre for Contemporary Art, Paris (2014), the National Gallery of Australia (2015) and Mori Art Museum Collection Tokyo (2019). Their survey exhibition at the newly constructed Kadokawa Culture Museum, Saitama is currently on until March 7th, 2021. We interviewed Ken + Julia Yonetani who noted that they had began to focus on microorganisms in their art even prior to COVID-19. An excerpt follows.

I moved to Kyoto five years ago, a countryside of Kyoto which although often referred to as a marginalized hamlet, beautiful place. It is here that I have been farming, growing vegetables without using pesticides, and creating art.

I did not originally come to this hamlet to be a farmer. Although it was a coincidence that I started to farm, I have actually been here to observe the soil. By observing the soil carefully, I have become aware of what is necessary for vegetables and rice to grow. There are numerous tiny creatures that cannot be seen with the bare eye in the soil. These creatures decompose organic matter, which becomes nutrition for the plants. In essence, the decomposed matter is sucked up by the roots to produce large radishes. That is the cycle.

When we started farming, former owners were doing conventional farming and using herbicides and pesticides on the farmland. The soil was poor, and the first radishes we harvested were only thumb-sized. Subsequently, I could observe the quality of the soil changing rapidly. I understand there is a small world, which supports the larger world.

When this occurs, our attention turns toward microorganisms. Although they cannot be seen with the bare eye, their presence can be felt clearly. In the same way, there are many microorganisms in our intestines and humans absorb as nutrition what they degrade. “Individual” contain all these microorganisms. Even we say “individual”, it means actual cells that forms our bodies plus all these microorganisms. Thus, it pushes us to understand the conception to break down barriers between the individual, ourselves, and others. Accordingly, the impasse of modern medicine, science, and agricultural science become apparent.

Consequently, the term superorganism means beyond an organism. In other words, if we do not examine phenomena more broadly and overcome the idea of individual, there will be no future development. 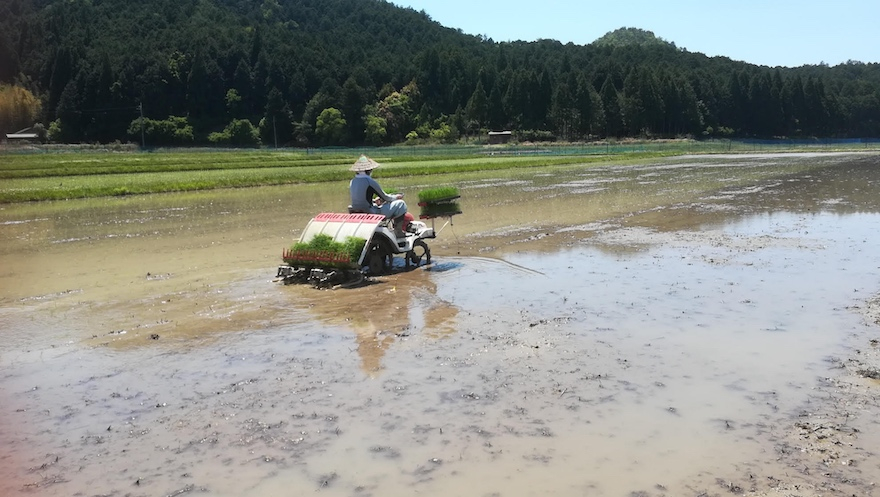 I might start with a scientist that we had opportunity to meet in Queensland University of Technology, which was Professor Richard Jefferson. And actually in the1990s, he was at the forefront of the development of the first genetically modified farming products. And he had a vision of trying to use them in a completely different way that how they are used now. He was trying to use them in a way that would complement rather than, you could say, attack the environment.

Anyway, he has a really interesting lecture from that period where he brings the idea of farming into a scientific kind of perspective, and asks the question;

what if, when we are looking at a leaf and we are studying the leaf – We see all the things around that leaf, all the microorganisms, and whatever is on that leaf as a noise. A scientist say that as not the objective study, he or she sees that as a noise to ignore – But what if actually, what is around the leaf is what we should be looking at? The interaction between what is around that leaf, microorganisms, the fungi and the leaf itself.

I think that he understood that relationship really early on because he understood through genetic analysis the relation, the symbiotic relations between microorganisms and what he called their host or their hologenomic relationship. He called the relationship hologenomic. So, the relationship between the genes and microorganisms and the genes of the holobiont. And I think that’s really relevant, as Ken said, to everything. So, the idea of he thought of the idea of the hologenomic evolution, which is the idea that evolution in fact is not just humans evolving, it’s an interaction between everything around us. And especially microorganisms because microorganisms have such an ability to adapt to their environment so much quicker than mammals. So, things like viruses, obviously we’re seeing, with coronavirus, that it changes all the time and it’s adapting to its environment all the time. So, that is really how evolution occurs and has occurred. And we haven’t looked at that, and scientists haven’t looked at it.

So, he raises the question in this YouTube video, which if anyone is interested I could try and find the link. But in the 1990s. what if this is what is important, that we need to look at everything. But how on Earth can science look at everything? I mean that’s almost like turning science into Buddhism, like, turning science into something that is looking at the balance of everything, which I think is actually really connected to, like, the idea of yin and yang balance and then also science. But how can science analyze every single microorganism that’s inside us and what it does and what’s function when there is trillions of them? And I think that’s really the limit that science has come to at this point in history is that they understand, or science understands how much we actually don’t understand. 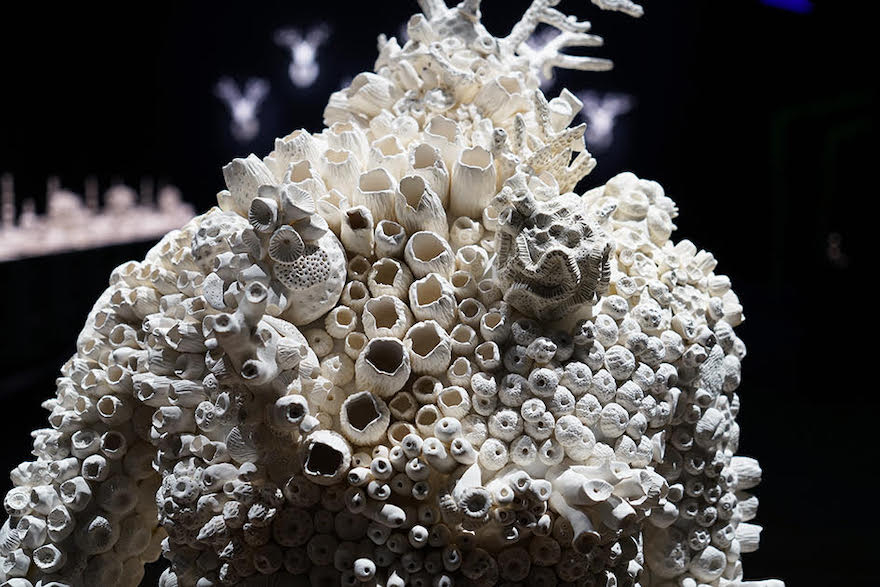 In the Age of Coronaviruses [Ken Yonetani]

In terms of the coronavirus pandemic, if I could add a little, the concept of cure, as it is currently known in medicine, is not entirely accurate. Because I think the best way to treat the disease is not to cure it but balance it.

For example in farming, the pesticides is not the best way to prevent insects from eating crops. There are many weeds and other kind of things grow in our farmland, of course insects also come. However, because the farmland is well-balanced, birds come to eat them, and the plants are not so much eaten even there are many insects. Furthermore, as plants that grow in balanced soil are strong and produce hormones that prevent insects from coming to them, they are not eaten very often. Rather, they remain surprisingly healthy. I think it might be failed that a rational approach of examining only a part of a phenomenon and trying to cure.


Ken was born in Tokyo in 1971. He worked as a financial broker in the Tokyo foreign exchange market for three years. After retiring, he studied under traditional Okinawan potter Toshio Kinjo (2000–2003). He received his Master of Fine Arts from the Australian National University Art School in 2005 and his PhD from the University of Sydney College of the Arts in 2012.

Julia was born in Tokyo in 1972 and grew up in New York, London, and Sydney.She obtained her PhD in History from the Australian National University in 1999. She was Associate Professor of Japanese Studies at the University of New South Wales and Research Fellow at the University of Western Sydney before moving into the arts in 2009.