Continuing on from last time, when I wrote about various options for accessing overseas residencies, and the practical preparations I made before coming to the United States, from here I’d like to write a little more specifically about how to proceed with your activities once in the US. Some examples will be from my personal experiences in New York, but I imagine similar conditions and set-ups can also be found in other countries [*1].

In saying that, as noted briefly at the start of the previous instalment, my own residency activities stem from the developments in American art from the Minimalist to Post-Minimalist era, particularly the almost bizarre style shift in the work of Frank Stella from the second half of the 1960s to the early ’70s (Stella is actually not generally seen as a Post-Minimalist artist, but in my view, that is another reason for the general lack of understanding of how his works developed, something that persists to the present day) so the common denominator in my endeavors in the US is an interest in tracing what was behind that change. Thus my days consist of surveying artworks from the period plus any relevant resource material, by visiting art museums, archive centers and suchlike to assemble and read material, then viewing the works themselves in order to compare them against any hypotheses that arise.

From here I shall proceed to some practical details, but first allow me to explain a little about the matters, locations and so on that constitute the targets of my research, basically because the places associated with my residency activities, which I will start to discuss more fully next, include some that would generally be somewhat removed from the context of surveying Frank Stella’s art practice during the ’60s and ’70s, so I think it would be better to give the reasons for my interest in these places. There is not enough space here to discuss why I as an artist developed an interest in post-minimalism and Stella in the first place, so leaving that question aside for the moment, I will focus solely on my current Stella-associated endeavors. From here things will get a little involved, so those of you with no special interest, or any interest in Stella, are welcome to skip to the next segment, which deals with more practical matters.

One key to commencing my detective work, based on a personal interest in Stella, specifically the reasons and intentions behind the dramatic change in his work from the late 1960s to early ’70s, lies in the series known as Concentric Squares, which, amid output dominated by works made as “series” with basically a clear beginning and end, was, unusually, produced in intermittent fashion during this ’60s–’70s period of transition, moreover while Stella was engaged in other series. Strictly speaking the series name changed over time from Concentric Squares to Mitered Mazes to Diderot, but surveying the structure of the works, it is clear that this is the same series unfolding, or at the very least works dealing in problems of similar origins, so here for convenience I shall bundle them all under Concentric Squares. This leads to the question: Why did Stella intermittently release works in the Concentric Squares series over such a long period, what’s more while undertaking famous series such as Protractors, Irregular Polygons, and Polish Villages, continuing right up to the period of the Brazilian (1974) and Exotic Birds (1975) series, in which the strange change in his style emerges? This is the first question to consider.

[*1] For my stay in the US I am indebted to artists Sakaizawa Kuniyasu and Masunaga Shoko, art critic Sawayama Ryo, all previous beneficiaries of the Program of Overseas Study for Upcoming Artists, and my partner Shindo Utako, who is also an OSP alumnus., for information. Much of the information here is from them, so allow me to express my gratitude here. 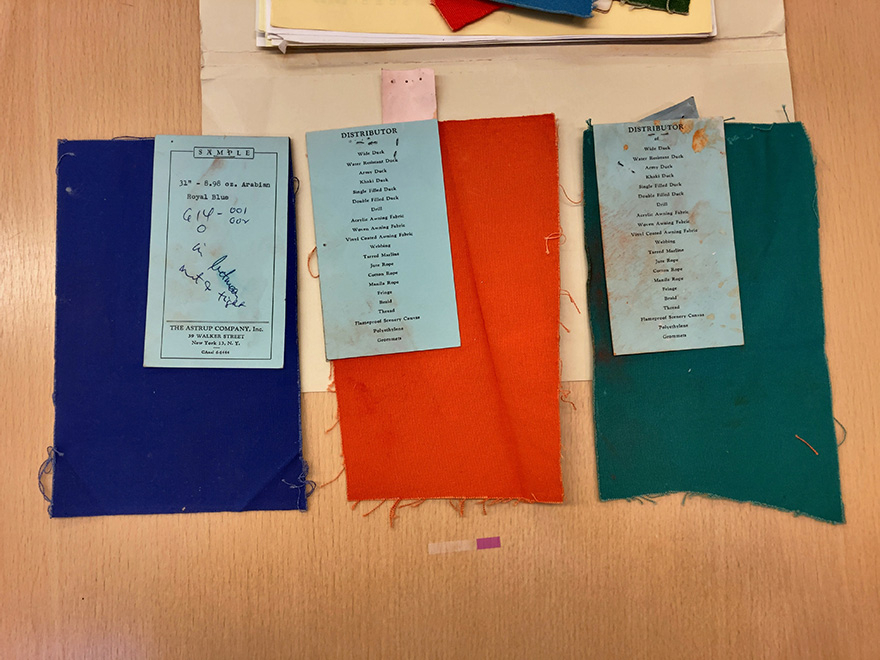 There are also a great number of riddles around this series. In 1967, which is when Stella was about midway through this peculiar transition period, he was approached by Jasper Johns [*2]. To digress a little, it is widely accepted that the stripes in Stella’s early offerings were influenced by Johns, in fact one of the very first works in the Concentric Squares series actually had Johns’ name in the title [*3] and incredibly, Johns makes a reappearance in the 2017 Stars, which could reasonably be described as Stella’s latest series [*4]. Thus, pivoting on Johns’ name, the Concentric Squares series and Stella’s current works, which are totally different from his ’60s output, are still subtly connected (needless to say the Johns-Stella stripe connection has been identified on numerous occasions, though the same logic cannot really be applied to Stella’s more recent Kepler-Poinsot polyhedra). What do we need to understand these very different works by Stella as being on a continuum?

Returning to the main topic, let us travel back to 1967. At the time, Johns was the second artistic director of the Merce Cunningham Dance Company (Robert Rauschenberg having been the first), and Stella ended up doing the stage set and costumes for Cunningham’s dance piece Scramble. This collaboration also clearly sets out the problem raised in the Concentric Squares series (in fact, a work in the series titled Scramble actually appeared following this collaboration with Cunningham.) Scramble, which could be called a moving Concentric Squares, suggests that conceivably, Stella’s concerns transcended the prescriptions of the genre of “painting.” Obviously Stella himself has emphasized repeatedly that his artistic practice tends toward “painting,” and there can be no doubt that he attempts to deal with “the problem of painting,” but in my view, it may be better to understand the “problem of painting” for Stella not as one of fitting into the framework of “painting” in the sense of the usual rules of the genre (rules pertaining to format of the work). During the ’60s Stella was also to undertake two other performing arts collaborations, and formed close relationships with quite a few artists of other genres for someone who in their own mind was all about painting and being a painter. Specifically, one of these, in 1966, the year before Scramble, was Rauschenberg’s Open Score as part of the famous “9 Evenings: Theatre and Engineering” (which needless to say involved not only various art genres but also science and technology); and the other, as a performer five years earlier in 1962 in The Construction of Boston, which was put together by Rauschenberg, Niki de Saint Phalle, Jean Tinguely et al with Cunningham as artistic director as another complex interdisciplinary endeavor encompassing the visual arts, theater, poetry and architecture. Naturally one could see these as Stella simply dabbling in something else for a change, or consider that he merely took part as a painter in the performing arts as composite arts, but considering the close nature of these relationships between the artists at the time, and, more than anything, the way Stella’s work was transformed from the ’70s onward into something that might be painting but might not, it strikes me as more unnatural to take Stella’s own words at face value when he placed the emphasis on “painting” and think about his concerns separately from collaborations of this kind (concerns as in, having made that separation, the positioning of Stella’s black paintings as the literal end point of a reductive dogma of the Clement Greenberg variety, in which the “painting = frame and flatness” rule of the genre and uniqueness of the medium are connected in linear fashion, and by this, avoiding understanding of later developments in his work…) So instead, how about thinking as follows: if for Stella, right from the start the “problem of painting” was not the problem of “painting” as a genre whose field is determined by the format of the work, but rather a problem also able to be approached as the costumes of dancers moving on stage, or the stage sets (in other words, a problem outside any Greenberg-style problem setting), what question was he asking? 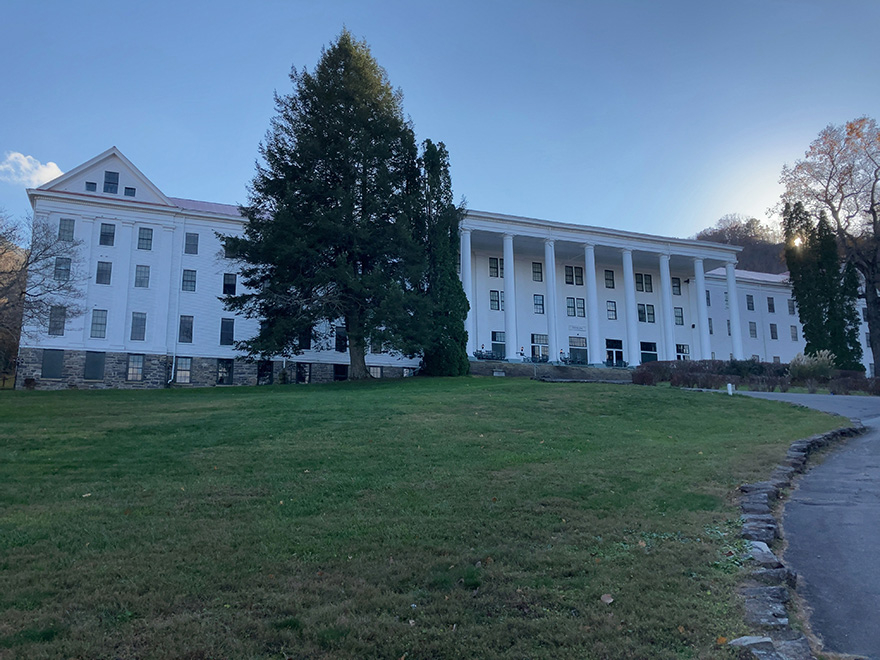 What’s more, from where on earth in this country did the kind of environment that encouraged interrogations around such transgression of fixed artistic realms emerge? Obviously there are various schools of thought on this as well, but looking at the people and relationships around Stella, one is inevitably drawn to the likes of Rauschenberg and Cunningham, who appear repeatedly in Stella’s three performing arts collaborations. One is also drawn to focus on the very special place where these two figures first intersected. That place was Black Mountain College (BMC), a small liberal arts college in North Carolina, a crystallization of progressive education that positioned art practice as none other than a transgressive intellectual platform, that is, a platform for experiencing and grasping the world for oneself. Naturally in the short, 24-year-history of BMC, of which many legendary tales have been told, there were numerous disputes, problems, and turning points, and the role of BMC defies simplistic understanding, but what kind of setting for questioning, in terms of artistic transgressiveness, was carved out by the practice of Cunningham (and his partners John Cage et al.), who was involved with BMC in the late 1940s, an especially significant turning point for the college?

I have gone into considerable detail here, but in summary, my activities ended up advancing within the triangle of Frank Stella, Merce Cunningham, and BMC. I’ll leave the complexities of that here, and move on to more practical things. Going around looking at works in pursuit of answers to various riddles, going around checking out resources, all this takes cash each time, so how best to do it? Next allow me to write about that.

To Technical notes for a stateside sojourn, plus a little extra (1)

To Technical notes for a stateside sojourn, plus a little extra (2)

To Technical notes for a stateside sojourn, plus a little extra (4) part 1

To Technical notes for a stateside sojourn, plus a little extra (4) part 2